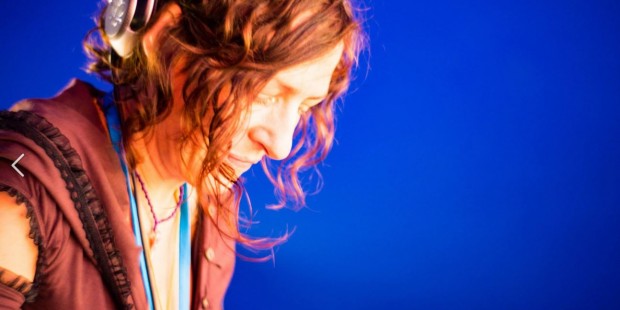 Miss Butterfly has, ever since early childhood, had a strong love for music and sees in it the perfect medium for expressing feelings and emotions.
She has also always had a strong connection with the beautiful, bright colourful nature of that incredible metamorphic animal, the butterfly.

We are all in various stages of metamorphosis and are going through personal cycles of (hopefully  ) expansion and growth. The butterfly is a strong symbol of transformation and transience.
It is a symbol for the lightness of being and the colourful playfulness of life.

Miss Butterfly is the set and setting for the cosmic space needed for this transformation to unfold in the dance floor experience.

She is a refreshing ray of light in the Psytrance scene and has been illuminating our minds, hearts and souls on the dance floor since 2007.

Based in Vienna, she has often appeared internationally at clubs and festivals.

Her versatility of style and her ability to connect with the dance floor and spread that “feel-good” feeling, produce that ecstatic trance and create that special spirit, just comes naturally to her.

Whatever style she plays, her cosmic trigger sets will provide you with many magnificent moments and her wisely selected outros will be sure to bring dancers back to the physical world, safe and sound.

Her compilation “Rise of the Butterflies” a double CD released in 2013 on Plusquam Records allowed newcomers and well-established artists to come together to create their own Butterfly Effect, letting loose the butterflies in our stomachs.

If you want to know where all this is heading…
Tune in, Turn on and SMI²LE pure.