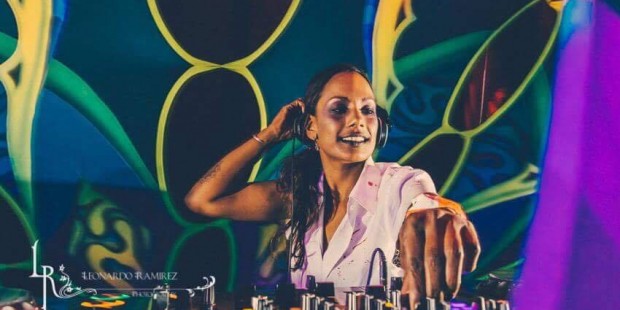 Djane Anjoli was born in Bangladesh/Dhaka and was adopted by her German parents
when she was one year old. She grew up in Oberallgäu, in the southern part of Bavaria. At
age 19, she got her first DJ equipment from her parents and started to practice. Four
years later, she finally had her first gig at Schmox Family Club in Munich – since then,
Anjoli was unstoppable! After six years in Munich, she moved to Vienna to give her Djane
career a push. Good choice – she made it to Progressive Selection as the first resident
Djane! Anjoli has been booked for clubs and festivals all over Austria since then. In 2016,
she also played in Hungary (Psy Island) and Czech Republic (Cz & Balaton Beach). Anjoli
also played at the main stage of Austria’s most popular Psy Trance festival, the “Flow
Festival”, in 2013 for the first time. The following years she returned and played at 2nd
stage, always happy to let the crowd dance! Anjoli is excited to be part of “Flow Ev
Records” and will put all her ambition and love in this project!