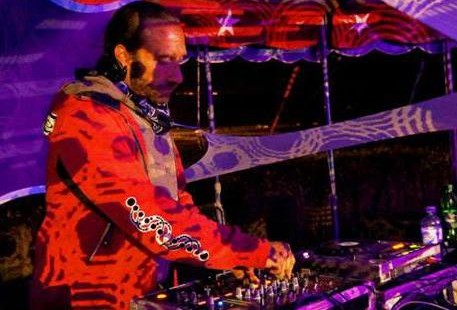 Pinocio/Markus B. was born in 1979 in Vienna/Austria. Since his childhood he was interested in music. He collected tracks and made some special audio tapes for his friends. His first stations on his journey in the universe of music had been rock, metal, hip hop, soul and funk.

In the end of the 80s he came in touch with trance music.
In the beginning of the 90s he got more and more into the most important station of his journey…electronic synthesizer music! His favourite styles at that time had been house music, techno and acid. He visited parties all over Europe and got to know a lot of DJs and organisers. Some of them noticed his good feeling for music and asked him for several times to start with the Djing. So he thought about buying himself a mixer and turntables, but it was not the right time!

In the beginning of 2002 – good luck or karma – he accidental showed up on his first psytrance party with some friends at Viennese Flex. He was immediately infected from the flair of the party, the people and the cool sound (coming out) of the sound system. From that day on he changed completely – his life, his surrounding … and psytrance became his life culture. Also he started Djing, but instead of turntables, he started with CD-Mixers. As a friend asked him to start playing in one of her parties – a hobby changed into profession! No regret since today!
Djing took him over a lot of places and festivals all over Austria and foreign countries – to name some: Spiritbase Festival, Dimension Festival, Funny Moon Festival, Imramma Party, Samsara Party ….
Over the years he learned to love all kind of styles of psytrance music. As a DJ he prefers to play progessiv, full on and dark psy.

In the beginning of 2009 he started to figure out the secrets of programs like cubase, work with effects and/or synthesizers.

In the beginning of 2010 he build a little home studio.